We’ve all been guilty of doin’ it for the ‘gram, and, really, there ain’t nothing wrong with that. The way I see it? An Instagram-inspired itinerary is a great way to explore a city.

Here are the most Instagramable places in Minneapolis—whether you like nature landscapes, downtown cityscapes, or both.

If you’re a die hard fan, there are actually several notable murals of Prince sprinkled throughout the musician’s home state. But there’s a brand new one as of this month by Los Angeles artist Jonas Never. The 30-foot painting can be found at at 424 Washington Ave in downtown’s North Loop neighborhood at Floyd’s 99 Barbershop.

This historic music venue is a cherished landmark in Minneapolis. Countless musicians have played here with some of the biggest and brightest names decorating the outside wall. All stars are painted black except for Prince, who rightfully gets a big gold star. It’s easily one of the city’s most iconic photos.

The waterfall at Minnehaha Regional Park is impressive year-round—gushing in the summer and coming to a freezing halt in winter. It’s also very accessible. You can get great photos from the top—conveniently located right near the parking lot—or walk down to the bottom.

4. Stone Arch Bridge (from above)

Also known as the walking bridge, the Stone Arch Bridge is only accessible by foot or bike (or Bird). It connects downtown with Northeast Minneapolis over the Mississippi River with views of St. Anthony Falls, the lock and dam below, and other bridges on both sides.

5. Stone Arch Bridge (from below)

The bridge itself is also super photogenic, and there are lots of vantage points from both sides of the river to capture it.

I’d be remiss if I didn’t include Minneapolis’ most picturesque bridge.

For the next stop on your IG tour of Minneapolis, the Grain Belt beer sign is conveniently located right next to the Hennepin Avenue Bridge. The sign was dark for decades but relit just before New Years 2018. It’s now a bonafide part of the city’s skyline.

A post shared by Allen Bawek Photography (@allenbawekphotography) on Sep 20, 2019 at 9:53am PDT

The Spoonbridge and Cherry sculpture is another iconic city landmark. There are several other giant art installations inside the sculpture garden next to the Walker Art Center, including a 25-foot bright blue rooster that you can’t miss. The garden is open 365 days a year from 6am to midnight. Walk across the newly restored walking bridge to explore nearby Loring Park.

A post shared by Minneapolis Sculpture Garden (@minneapolissculpturegarden) on Jan 14, 2019 at 8:00am PST

Another musical genius with ties to Minnesota is Bob Dylan, who spent his younger years here. Bob used to live in Dinkytown before moving to NYC. A colorful mural of him that stands five stories tall can be seen at the corner of Hennepin and 5th in downtown Minneapolis.

You don’t even need to go to a game at Target Field to get some great baseball-inspired photos, though I do suggest it. The open-air stadium is beautiful with great views of downtown. Outside the gates, Target Plaza has two sculptures offering great photo ops—one of longtime Twins’ center fielder Kirby Puckett and another of an old-school baseball glove.

The Mary Tyler Moore show was set in Minneapolis in the 1970s, and the icon is forever memorialized on Nicollet Mall.

12. Amber Box at the Guthrie

The Guthrie is Minneapolis’ main performing arts theater, and it actually has two great Instagrammable spots. The first is what’s called the Amber Box, located on the 9th floor overlooking the river. The glass is amber colored and honestly a little trippy. It makes for some great photos. There’s also the Endless Bridge, which extends out over West River Parkway and makes you feel like you’re walking over the Mighty Mississippi.

This darling mural is outside the I Like You store, which sells local artist wares in Northeast Minneapolis.

The Foshay Tower is modeled after the Washington Monument and known as the city’s first skyscraper. Now the historic building houses a W hotel and a museum, as well as an observation deck with great city views.

MORE: Where to Hang a Hammock in the Twin Cities 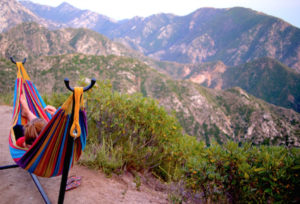 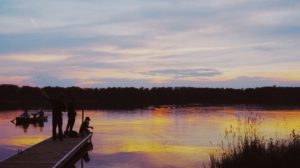 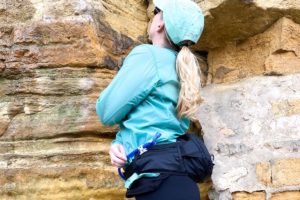 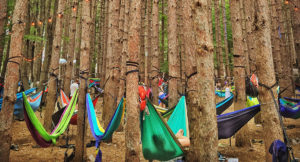